My Journey into Full-Time Photography 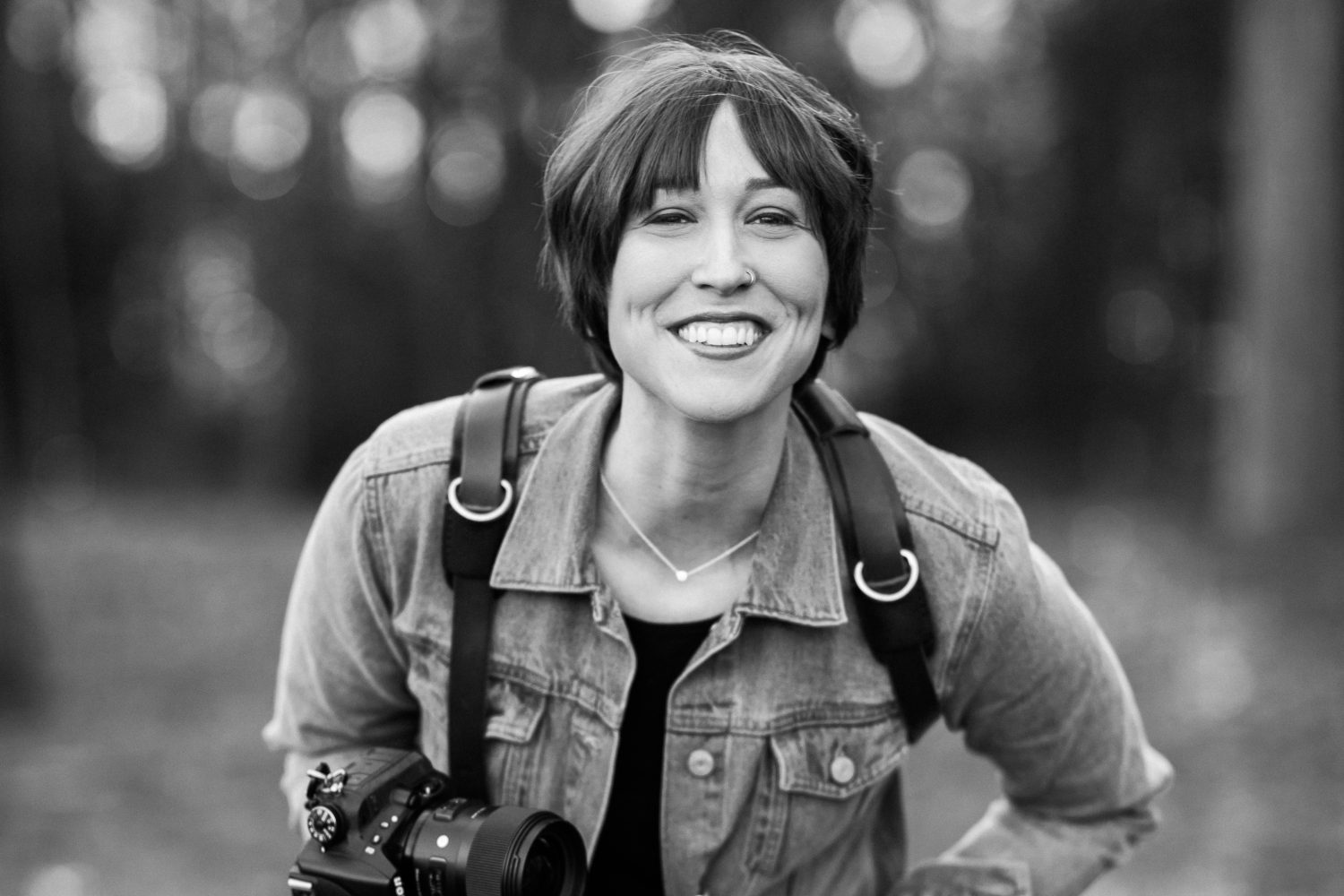 In my experience, it’s a bit easier to share other’s stories versus sharing my own.

Maybe it’s because I run from the narcissistic me who used to be much more prevalent. A vivid moment when I was younger keeps me honest, selfless and down-to-earth. (At least I hope!) I had recently learned what the word “narcissisim” meant (for you that aren’t sure, it means “extremely self-centered with an exaggerated sense of self-importance : marked by or characteristic of excessive admiration of or infatuation with oneself”–thanks, Merriam-Webster!), and out of pure concern that I was indeed narcissistic, I innocently asked my mom, “Hey mom, am I narcissistic?”

Let’s let that question sink in.

The pure irony of the question had my mother in stitches. I’m pretty sure she laughed so hard she was crying. The mere fact that I asked if I was narcissistic showed that I had some semblance of that trait. Hence why talking about myself takes the backseat and telling others’ stories is more appealing to me.

But it’s important for you to know who the heck this weird lady is that is taking your photos. So, onward!

As a kid I never saw myself becoming a professional photographer. Quite frankly, I didn’t even know that was a profession I could pursue. I had my sights set on other careers such as a professional basketball player in the WNBA (I was going to be the shortest woman ever to dunk! I’m 5’10.), an astronaut (which I decided against because I wouldn’t want to be away from my children for too long), an actress (I liked to make people laugh with my impressions…and I wanted to be famous. Hi again, narcissism!) and a physical therapist (the most selfless career out of all of those, and I wanted to be like my mom). The fact that I have had some sort of camera since I was in elementary school (35mm film cameras, gasp!) should have been an indicator.

Senior year of high school arrived. I had ZERO idea of what I wanted to declare as my college major. I had quit basketball my senior year, physics was my worst subject, acting didn’t seem a practical choice, and physical therapy didn’t appeal to me as much anymore. (I was a flighty teenager, what can you expect?) So like any rational 18-year-old, I decided I would join the Air Force Reserve and figure my crap out from there. The only caveat was that I would only join if I was able to be a public affairs specialist. It was the one job that seemed like it would be a perfect fit for me.

Fast forward to July of 2008, I found myself en route for Lackland Air Force Base. I cried a lot. I slept too little. I learned be be a good Airman and make tight hospital corners on my bed. After graduation, I arrived at the Defense Information School, my technical training school, which showed me what career I would love.

The title of public affairs specialist came with a variety of job tasks. I was a journalist. I planned base-wide events. I communicated with the media any time something locally or globally had the potential of affecting my beloved Air Force and our secluded base. I was a graphic designer. I was a photographer. The list goes on. I think what I loved the most about this specialized job is that I got to wear a variety of hats. I was rarely ever bored, and I felt like I was making an impact.

As a youngster in her early 20’s, I was thrust into a world where I had to grow up quickly. Since I loved what I did, that’s what helped me select my major in college: public relations.

In college (which I did at the same time as being in the Air Force Reserve), I had a hard time living in two worlds. In one (the Air Force), I was expected to be a grown up. In the other (college), most professors viewed me as a child still and didn’t believe my experience in the military translated to many of the courses I had to take. Now, here’s a moment of me being narcissistic again. At the time I believed I knew everything, whereas now, I 100 percent know I didn’t and still don’t for that matter. I’m grateful for every single professor in my chosen career field, because they helped me learn and grow exponentially. (Shout out to Kent State University’s JMC!)

When I transitioned into the “real” world–meaning, I graduated from college and finished serving in the Air Force–I still had NO IDEA who I was or what I wanted to do with my life. That should be no surprise considering the majority of humans’ brains aren’t fully developed until their late 20’s. Anyway, that lack of knowing what I truly wanted to do led me to sampling a variety of jobs. I worked in corporate communications for an arborist company (great team, but I didn’t love writing about trees). I worked in a variety of ministries including churches and nonprofits (didn’t really pay the bills). I worked as a communications and marketing manager for a rad hobbyist company that’s main focus was airplanes, quads and drones (oh, my!).

Amidst all of these career changes, I started photographing (with a little graphic design and content writing) more, and finally in 2016, my supportive and encouraging husband, Corey, told me it was about dang time to make my little side hustle an actual business.

Most fledgling business owners know you don’t get to dive right into making that hustle a full-time gig. For nearly two years, I worked 40 hours a week then would come home and work on whatever Easterday Creative work needed to get done. When I was working my last full-time job at the hobbyist company, I was also working nearly full-time with Easterday Creative. Y’all, I had never been so stressed and anxious in my entire life. I couldn’t handle doing both anymore. But I was more concerned about the security of the full-time job with benefits, so I wasn’t going to just quit. That didn’t make any sense. Things got so bad at one point that I was having full-on anxiety attacks at work. I’ve never had anxiety attacks before. It was scary. But I still couldn’t justify quitting.

Then one day out of the blue, I, along with another coworker, was asked to chat with my boss and our HR rep. I was terrified. I was never the kid who got in trouble, but it sure as heck felt like I was getting in trouble. My breathing was laborious. I felt an anxiety attack coming on and then…

I was laid off.

The company that owns the hobbyist company was making 10 percent lay-offs across the board. (At least I wasn’t in trouble–hah!)

Strangely, I immediately felt a sense of peace and relief, which is the complete opposite of what someone should feel when they get laid off, right? Granted, I was frustrated because it was completely unexpected, but I knew that it was the best time to make my dream of making Easterday Creative my one and only job. The one tiny little kernel of hope that made me feel like it was possible happened earlier in the day when I found out that Brides.com had featured one of my photos in the article 50 of the Most Epic Wedding Photos Across the U.S. Ironic, eh?

Call it fate, meant to be or whatever you’d like. I knew it was time.

So here I am less than a year later. Still pushing forward. Still growing and learning. Still becoming who I’m supposed to be (which is an entirely other can of worms). And I am grateful, sometimes stressed, but blessed beyond belief.

I am excited to see where God takes me and my beautiful family on this journey as my passion and toddler business continues to blossom.

Will you be a part of our story too? I sure hope so!

P.S. If you made it all the way through this lengthy story, I’d love to offer you $20 off your next hour-long photo session (does not include engagements or weddings). Fill out this form and make sure you include the word NARCISSISM at the end of the message to claim your $20 off. I look forward to hearing from you!

P.P.S. (Is that how you do it? Hah!) I have some exciting news regarding the future of Easterday Creative that I’m going to share NEXT WEEK! So stay tuned!

I wanted to give a shout out and say I genuinely enjoyed
reading your content. Can you recommend other site that deal with the same subjects?
Thank you.

Oh my goodness! Awesome article dude! Thank you so much, However I am going through troubles with your RSS.
I don’t know the reason why I am unable to join it.
Is there anyone else having identical RSS problems? Anybody who knows the solution will you kindly respond?
Thanx!!

This is a topic which is close to my heart…
Thank you! Is it OK to share on Facebook? Keep up the terrific work!

So proud of you! Loved reading your story. Forever your fan <3

Do you have a summer bucket list, or things you wa

Possible unpopular opinion: I think that being sel

What environment do you feel the most relaxed in?

Cheers to the freaking weekend! I started mine las

Headshots should show off your personality! And I